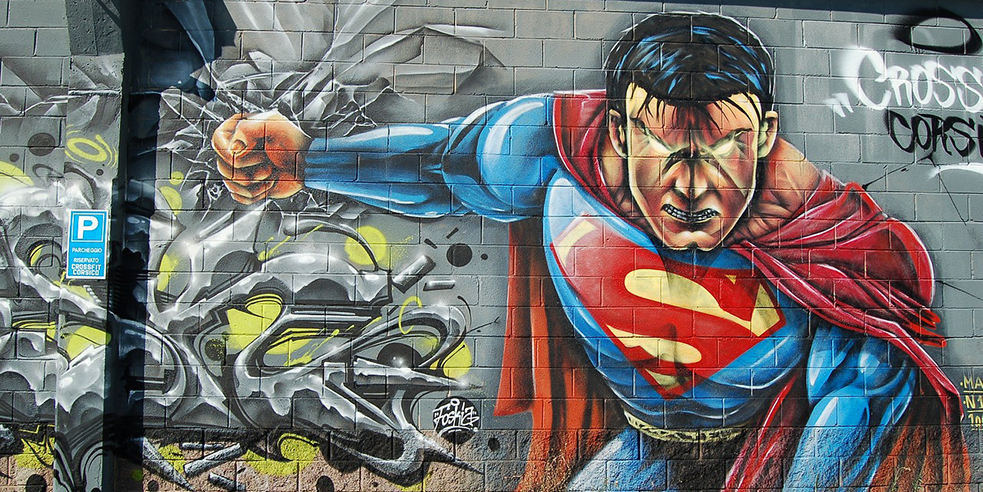 I re-watched Batman vs. Superman: Dawn of Justice over the weekend. I think it’s the first time I’ve seen it since it was in theaters last year. It’s an entertaining enough movie and there’s plenty to like about it. But it doesn’t stand out to me as a particularly good movie. And I think it’s a very good example of many of the things that are wrong with this latest iteration of the DC movie universe.

I’m not the first person to say this and I’m sure there are others who have said/will say it better, but the worst thing to happen to the DC film universe was the success of the Christopher Nolan Batman movies. Nolan’s version of the character, played by Christian Bale, was dark and brooding and took its cues from the 80s and 90s Batman comics. That era of Batman comics showed that there were “real world” consequences to his crime fighting. One of the Robins was killed off. Batman himself had his back broken. And those were great stories, especially coming after the relatively tamer versions of the character in the 60s and 70s.

And those Nolan movies were all very good movies, especially The Dark Knight, which featured Heath Ledger in probably the best rendition of the Joker that we may ever see. But, after the success of those movies, it’s almost like someone at DC and/or Warner Brothers said to themselves “hey, people like this dark, brooding character. Let’s make the rest of our characters dark and brooding as well.” And don’t get me wrong. Batman as the dark and brooding character is great. I thought Ben Affleck was very good as a world-weary Batman/Bruce Wayne in Dawn of Justice. But we don’t need a universe of Batman’s, great as the character is.

So then we got Man of Steel, which showed us that DC was All In on the gritty, real-world ethos by giving us a Superman that was conflicted and questioned his place in the world. Which is not really what you think of when you think of Superman. Or at least it’s not what I think of when I think of Superman. And quick side note: I’m not sold on Henry Cavill as Superman. I think he’s a wonderful actor but I just can’t seem to embrace him in the role… though maybe it’s because of the way the role has been written. But, at any rate, that Superman carried over into Dawn of Justice, which combined with almost every scene taking place at night, made for a darker movie… both visually and thematically. And that type of movie works for Batman but doesn’t really work for Superman.

And while the Green Lantern movie wasn’t exactly dark, it was basically just scene after scene of Hal Jordan lamenting that he didn’t think he was the right person to wear the power ring. Maybe this is just me but I don’t really want to see my heroes face an existential crisis in every other scene. Sure, give me a reason to connect with those characters emotionally. But I came to see superheroes using their powers to fight evil and save the day, not to give Hamlet-esque monologues about each and every one of their inner doubts.

And while not a DC property, obviously, the focus on “real worldness” has also negatively affected the James Bond series, in my opinion. What I love about the James Bond movies from the 60s, 70s and 80s was that they didn’t take themselves too seriously. There was always a subtle wink to the camera. A car that can turn into a submarine? Sure. A hat that can cut the head off a marble statue? You betcha. A gun made of solid gold? Why not. And let’s not forget the punnerific character names. But the Brosnan movies, while still fun, started the change into films that were more firmly based in reality. And then we got the Daniel Craig films, which are just a little too serious for my tastes and feel less like Bond movies and more like generic action films. Don’t even get me started on the scene where Craig’s Bond is tied naked to a wicker chair that has much of the seat cut out.

Dawn of Justice is also an example of another problem that seems to plague many of the DC movies… what I call the “lets throw it in a blender and see what happens” style of story-telling. It took two of the most seminal story arcs in the history of comic books – The Dark Knight Returns and The Death and Life of Superman – watered them down, mashed them together and then mixed in the big screen debut of one of DC’s best characters, Wonder Woman, as a third act “surprise.” And the movie is the poorer for it. Plus, combining those storylines likely means we aren’t getting good, in-depth versions of those stories on the big screen any time soon, which is a disappointment.

Some part of me harbored hope that someone would turn the Death of Superman story into an amazing trilogy. The first movie could have essentially been a war movie where the bulk of it was Superman fighting Doomsday and then dying at the end. The second could have focused on the erstwhile Supermen that arose in the wake of the real Superman’s death while the third could have shown the return of the real Superman. I think you would have had to change a few things – I’m not sure having Mongol trying to make a new Warworld is necessarily the best way to resolve the story and I’m not really a fan of the way they handled Supergirl in the story – but I’m sure someone smarter than me could have come up with a way to end it that stayed true to the spirit of the story.

Suicide Squad had similar issues in terms of being a jumbled mess (and I say that as someone who generally liked Suicide Squad). Rumor has it that the movie was fairly dark but DC/Warner Brothers heard all the criticisms of Dawn of Justice and tried to sprinkle in some more light-hearted elements. But that just resulted in a movie that came across as two movies slapped together.

So, it seems like DC/Warner Brothers can’t quite decide on the stories they want to tell or the types of movies they want to turn those stories into. Which is why I think those movies have generally been disappointments.

So, DC and/or Warner Brothers, if you’re reading this, don’t be afraid for your heroes to crack a smile from time to time. And don’t be afraid to just pick one story and go forward with it. You might just get a better movie out of the deal.