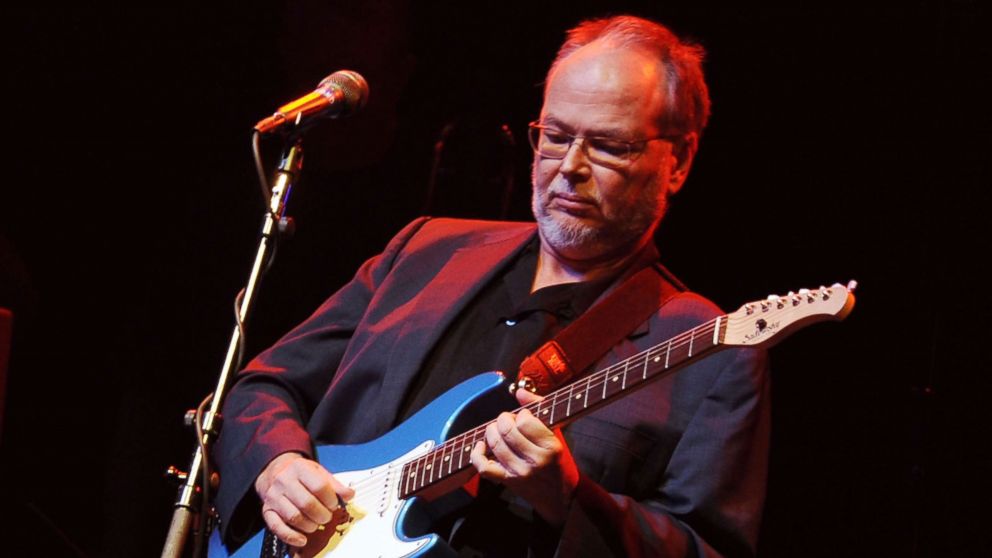 Walter Becker, one of the founding members of Steely Dan, died over the weekend.

As usually happens when a musical icon passes – especially one whose heyday was more than 10 years ago (or more than 30 years ago in this case) – his death sparked a round of re-listening to classic Steely Dan songs. Poking around YouTube, I found a clip from a 1973 episode of American Bandstand that featured Steely Dan playing My Old School.

What I didn’t realize (or maybe didn’t remember?) until I saw the video was that Jeff “Skunk” Baxter played with Steely Dan in their early days. He’s the guitarist on the far right with the groovy, open shirt with the flame motif.

I knew Baxter had played with The Doobie Brothers in the 1970s but wasn’t sure if this stint in Steely Dan was before or after that. So, of course, I turned to Wikipedia.

Expecting to learn more about Baxter’s musical bona fides, you might imagine my surprise when I read this in the opening summary paragraph:

“More recently, he has been working as a defense consultant and chairs a Congressional Advisory Board on missile defense.”

Legendary classic rock guitarist Jeff “Skunk” Baxter is an expert consultant on missile defense? That’s not remotely what I expected to learn today.

Here’s more about it from the Wikipedia article:

Baxter fell into his second profession almost by accident. In the mid-1980s, Baxter’s interest in music recording technology led him to wonder about hardware and software that was originally developed for military use, specifically data-compression algorithms and large-capacity storage devices. His next-door neighbor was a retired engineer who had worked on the Sidewinder missile program. This neighbor bought Baxter a subscription to Aviation Week magazine, provoking his interest in additional military-oriented publications and missile defense systems in particular. He became self-taught in this area, and at one point he wrote a five-page paper that proposed converting the ship-based anti-aircraft Aegis missile into a rudimentary missile defense system. He gave the paper to California Republican congressman Dana Rohrabacher, and his career as a defense consultant began.

Backed by several influential Capitol Hill lawmakers, Baxter received a series of security clearances so he could work with classified information. In 1995, Pennsylvania Republican congressman Curt Weldon, then the chairman of the House Military Research and Development Subcommittee, nominated Baxter to chair the Civilian Advisory Board for Ballistic Missile Defense.

Baxter’s work with that panel led to consulting contracts with the Pentagon’s Missile Defense Agency (MDA) and National Geospatial-Intelligence Agency. He now consults to the U.S. Department of Defense and the U.S. intelligence community, as well as for defense-oriented manufacturers including Science Applications International Corporation (“SAIC”), Northrop Grumman Corp., General Dynamics, and General Atomics Aeronautical Systems Inc. He has been quoted as saying his unconventional approach to thinking about terrorism, tied to his interest in technology, is a major reason he became sought after by the government.

The other surprising fact I found when reading his Wikipedia entry is that, in the 1960s – and apparently when he was still in high school – Baxter briefly played bass in an early Jimi Hendrix-led band called Jimmy James and the Blue Flames.

The things you learn.