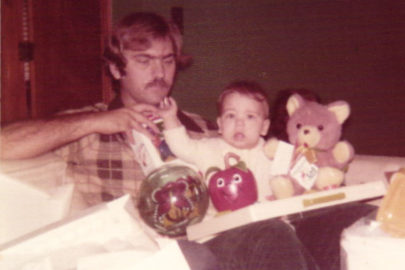 I’m lucky enough to have photos of Allison men dating back to about 1846. Well, a couple of the “photos” are scans from a book that was published in 1933 and one of the scans is of a daguerreotype that was printed in said book but it’s still pretty cool. At least to me.

If I were to count my two sons (not pictured), or my brother and his two boys (also not pictured), that means I have photos of seven generations of Allison fathers and sons. Below is the first six of those generations.

Interestingly enough (again, at least to me), in the photos of Young Ewing I, George Samuel III and myself, we’re all pictured at about the same age, roughly 43-45. For what it’s worth, Young Ewing II was about 30 in his picture and Philip Monroe was about 49-50. I’m not sure when the picture of George Samuel II was taken but my guess is that he’s somewhere in his mid-to-late 20s in it.