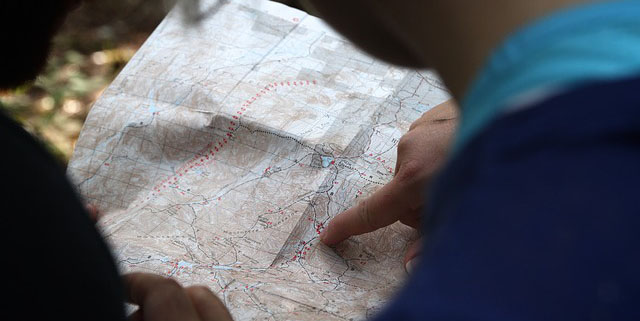 I just noticed that I’ve started my last three posts with a reference to some place where I live or have lived. As proof that I’m not making that up, here are the opening sentences of my three most-recent posts:

Obviously location can be, and often is, extremely important to any story. There’s a reason you learn about “establishing shots” early in video production classes.1 Audiences (to use a broad term) want to know where the story is taking place. They need a starting point, even if that starting point isn’t as specific as “New Orleans” or even “a small (well, maybe moderately-sized) Southern town.”

And, hell, as someone who has lived most of his life in the South and has read more than his fair share of Southern literature, I understand that location (or place, as people like to call it down here) is practically a character of its own many times. I read a good article from a writer named Brad Watson on this recently.2 Here’s an especially relevant excerpt:

That’s all well and good and I don’t think he’s wrong by any stretch of the imagination, but as important as location and/or place is, I’m not sure it should be the first thing you mention in everything you write.3 Though, in my defense, the post that begins with my starting college in 1992 is less about location and more about time even if location is also a noteworthy (and perhaps vital) part of the story I was trying to tell there.4

All of which just tells me that maybe I need to expand my writing style a little. Or a lot. Or, at the very least, change up how I launch into the things I want to write about. I guess that’s the point of this blog – to practice writing more often. And part of that, no doubt, is to practice writing differently.

Which, admittedly, can be tough to do… Even though this blog really isn’t for any audience other than myself, it’s all too easy to slip into familiar patterns and styles, especially as I’m usually trying to write fairly quickly during lunch breaks or other down time. But I guess if I want to improve as a writer, I need to be willing to step out of my comfort zone and make a few mistakes along the way. As someone else once said, “you have to be a bad writer before you can be a good writer.”5

1 – At least I did, as a communications major with an emphasis in broadcasting, when I was an undergrad at Mississippi State.

2 – I don’t know who he is. He may be a world-famous author for all I know. But I wanted to make sure I attributed his remarks to him.6 You can read his entire piece on the idea of place in Southern writing at the link above.

4 – I’m using the word “story” here in the loosest sense of the word.

5 – I’m using the word “writer” here, in reference to myself, in the very loosest sense of the word. Also, I’m not sure who (if anyone) said that bit about being a bad writer before being a good writer but I can’t imagine that I’m the first person to come up with that sentiment so I’ll just lazily attribute it to the generic “someone else.”

6 – Can a footnote have a footnote? I vote for yes. At any rate, I’m not sure “remarks” is the best word since it connotes (to me, at least) oral comments and his thoughts were obviously written on the internet.7 Though, maybe he said them out loud somewhere. I don’t know his life. See the first sentence of footnote 2 as evidence.

7 – Another footnote for a footnote! Huzzah! I just looked it up and apparently “remarks” can apply to both written and spoken comments. And, at this point, I’ve expended all the mental energy I want to on that so I’m just leaving “remarks” as is.