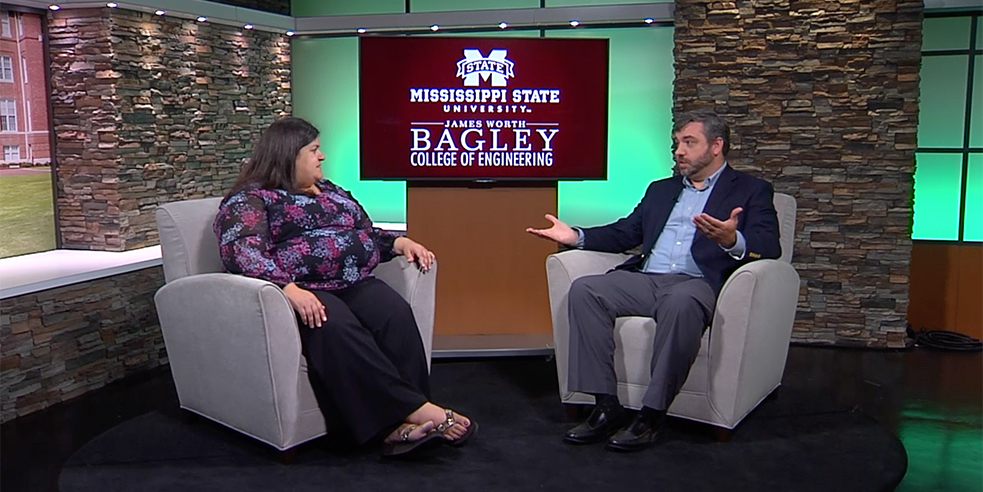 When I was in college, my dream (for lack of a better word) was to be the next great SportsCenter anchor. I watched the show each night fairly religiously and since I was working in sports media relations and majoring in broadcasting, it seemed like a natural fit for me.

But I ended up sticking with the sports PR thing for a while and never really pursued an actual broadcast career. Which is probably for the best. Looking back, I was watching SportsCenter at night and on weekends and who wants to work then? It was bad enough I was an SID for a while, which meant working more nights and weekends than I could shake a stick at. And that’s to say nothing of the almost constant travel. As I like to say, it was a great job when I was 25 and single but it was a terrible job when I was 30 and married.

But flash forward 20 or so years and I now get to host Momentum, a monthly talk show for Mississippi State’s Bagley College of Engineering (aka, my employer). It’s obviously not the same thing as hosting SportsCenter but it’s still a pretty cool thing to get to do. It’s a little nerve-wracking trying to ask questions, listen to the answers well enough to have a coherent conversation with the guest, keep track of the time (and not end too early or run too long) and figure out what to ask next but I generally enjoy hosting the show.

So, here is the latest episode (and older episodes are here, if you’re a glutton for punishment). I don’t know if I’ll keep posting them each month but it’s a relatively easy thing to add to the blog, especially given than I just don’t have a lot of time to write much of anything else.