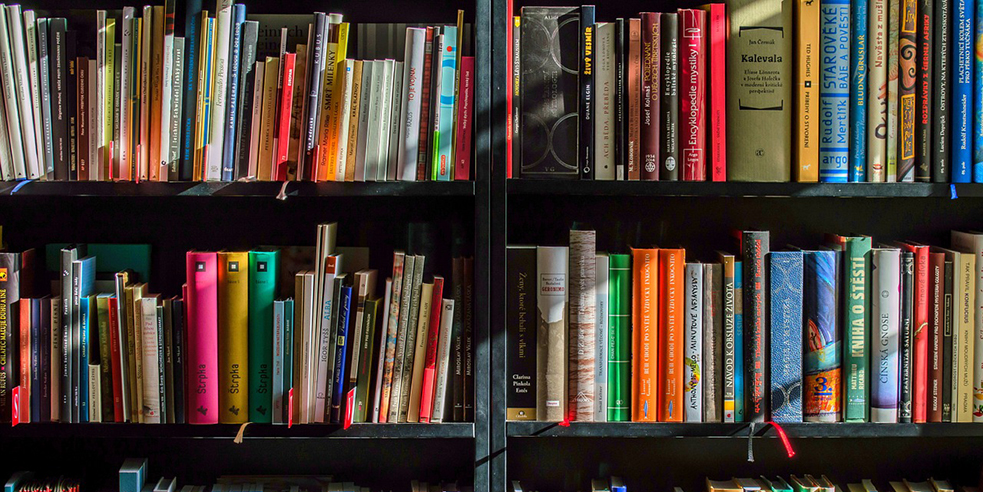 I am a reasonably intelligent person. No, really, I am. But sometimes I have to laugh at how clueless and/or oblivious I am.

This morning, I was thinking about who my favorite authors were when I was a kid/teenager. I read a fairly decent amount and a lot of it had a sci-fi/fantasy bent to it. Which I guess isn’t surprising for a boy growing up in the 70s and 80s.

I remember tearing through the Wrinkle in Time series and reading every book in the Narnia series only to go back to the first book and read them all again. And I must have read Steven R. Donaldson’s Chronicles of Thomas Covenant series six or seven times (and those are not short books). I was, and still am, a huge fan of the Redwall series to the point where it’s become a bit of a running joke with my younger cousins.

But probably my favorite author, especially once I hit 12-13 years old, was Piers Anthony. I remember discovering his Xanth series right before my family moved from Mississippi – where I’d lived all my life – to Northern Virginia. I wasn’t happy about leaving my home and all my friends and that series was the perfect escapist fare for someone who was a bit shy, a bit introverted and who would rather dive into a book than talk to other kids he didn’t know. I devoured the first nine or 10 books in that series without hardly coming up for air.

It’s been probably 25 years or longer since I read one of the Xanth novels and the series now has upward of 40 books in it. Part of me wants to go back, start at the beginning and read every single one of them. But I’m not sure I have the time.

I am now 43 years old and don’t read quite as often as I’d like. Part of that is because I have a six-month old. He takes up a lot of our time, so it isn’t all that easy to get lost in a book for several hours straight anymore. In fact, I think the last time I read a book for any extended period of time was the night my wife went into labor.

But, I digress. The point is that I’m not an idiot. At least not all the time. But I can too often take things at face value and the Xanth series is a perfect example. I only realized this morning, when thinking about those books, that the name Xanth is a play on words involving Piers Anthony’s name. Ignore the “Pier” and the “ony” and you’re left with “s Anth.” Now say that out loud and you get Xanth.