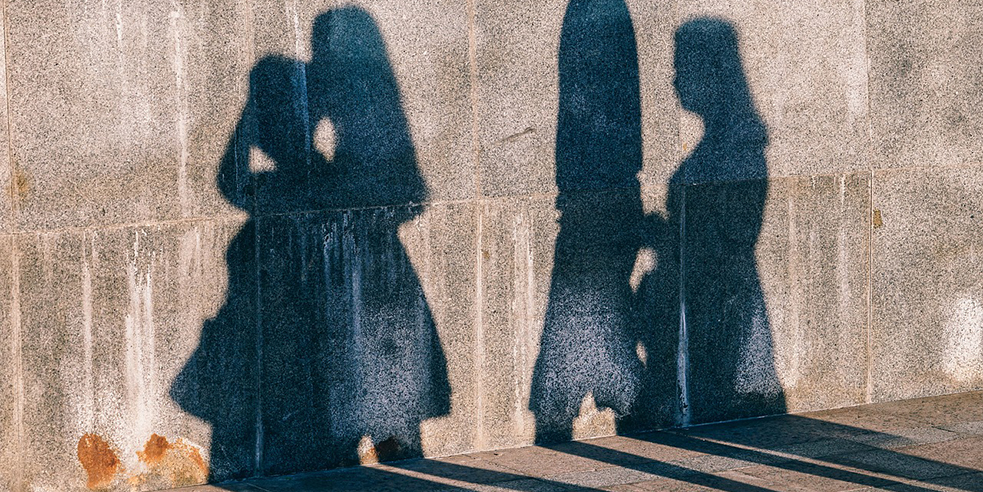 Recently, I found a “long-lost” thumb drive with some old files on it. And as I was going through those files to see if there was anything important, I came across the image below. It’s the front and back covers for the 2003-04 Tulane Women’s Basketball Media guide that I designed when I worked for Tulane Athletics back in the dark ages.

Looking at those covers for the first time in years, I was immediately struck by the fact that just about every element that can have a drop shadow… has a drop shadow. Even the covers themselves, as displayed in the document I pulled this image from, had a drop shadow.

It makes me die a little inside. 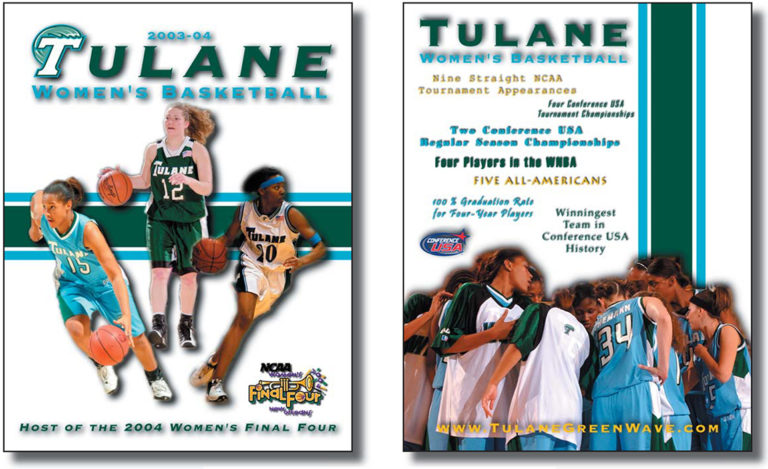 (Quick bit of self-defense: I am not remotely a graphic designer by trade. Anything I can do with Photoshop is basically self-taught. And I was designing things at work in an effort to save money for the Media Relations department.)

And the worst part is, I remember being really proud of those covers. Thought they were some of the best things I had ever designed at that point. I really liked the composition of the three players on the front cover – thought it resembled the top half of a fleur-de-lis, which is fairly ubiquitous in New Orleans (where Tulane is located). Even if no one else picked up on that, I knew it was there. Plus, I was happy to have included one of each of the team’s three uniforms.

The back cover, too, has some promise. I liked the “team work” aspect of the one photo and I liked the idea behind including all the facts about the program. In hindsight, I don’t think I would have varied the fonts like I did, and I might have just stuck to a simple list (instead of scattering each of the facts hither and yon), but the idea behind it isn’t terrible. 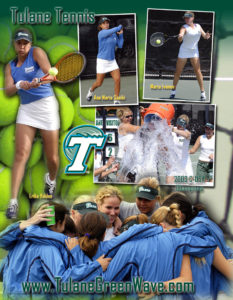 And, after a few years of trying to cram as much design as possible into the things I did (see tennis example at right… which also features plenty of drop shadow and outer glow), I really liked the white covers with the simple green and blue “racing stripes” on both the front and the back.

Frankly, if I had to do that women’s basketball design all over again, I don’t know that I’d change a lot beyond what I’ve already mentioned.

But, man, all that drop shadow crushes my soul a little.

I wish I could say that basketball cover was an isolated example, but it wasn’t. I could dig up dozens of covers, graphics, brochures, etc… that I’ve designed over the years and they’d all likely feature a heavy dose of either drop shadow or outer glow. Or both. And if I’m totally honest, I’d admit that my drop shadow problem has persisted until relatively recently.

I guess it also explains why I initially wasn’t wild about Apple’s “flat design” concept they rolled out a few years ago.

And, really, that’s it. This story isn’t allegorical. There’s no secret lesson here or larger point about life to be made. The simple truth is that sometimes you look back on things you’ve done and realize that they weren’t quite as good as you thought. It can be tough to admit but sometimes you have to just say: “I’m not really sure what I was thinking but it seemed like a good idea at the time.”

Maybe that is a lesson. But I don’t think it’s all that secret of one. It’s something we all figure out at some point and hopefully via something unimportant. Like drop shadows.

As a piece of parting wisdom, let me just say this… If you’re ever working with a graphic designer and they suggest adding a bit of drop shadow to more than one thing in the design, just point to this and say no. I promise you won’t regret it.