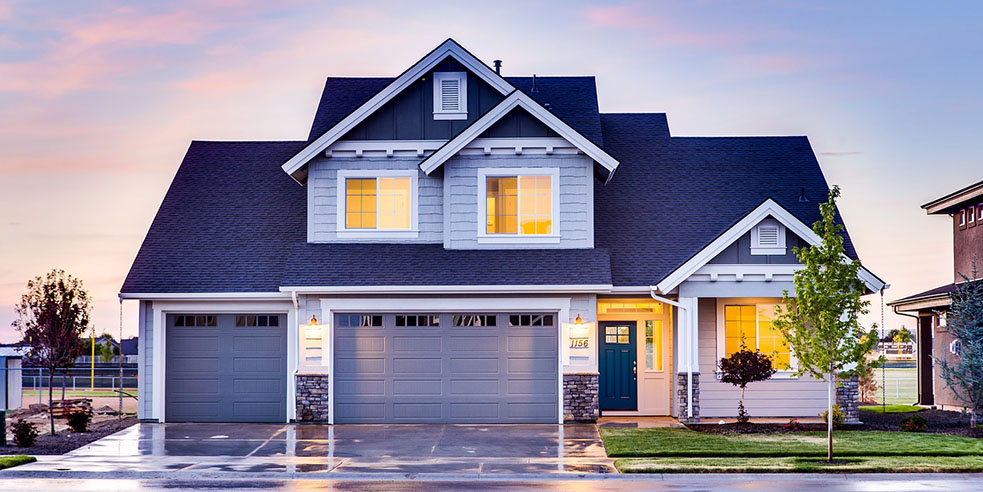 I lived in New Orleans for almost 20 years. Despite it being one of the murder capitals of the world (or at least the U.S.), I never really felt unsafe there. Maybe I was extremely lucky but I never had my car or home broken into. And I was never mugged, despite my occasional poor judgement in terms of alcohol consumption and/or late-night location.1 Whenever people would ask me about the crime rate in New Orleans, I used to tell them that if you weren’t trying to buy drugs or in a really bad part of town, you were likely to be O.K.

But one of the reasons my wife and I decided to move away from New Orleans and to small town Mississippi was that we felt that, with a baby, we would be safer in a more rural community. It wasn’t the only reason or even the deciding factor but I’d be lying if I said it wasn’t a mark in the “Pro Move to Starkville” column.

Except, we had our house here in small town Mississippi broken into on Sunday. Sometime between 10 a.m., when we left for church and about 12:45 p.m., when we got home from running a few errands, someone kicked in our back door and rummaged through closets in the hall and master bedroom and a few cabinets and side tables.

Thankfully, it seems like they didn’t actually take anything of value – at least not that we’ve noticed. They passed up my wife’s laptop and other electronics. They rummaged through one of her purses and a wallet but left blank checks and credit cards untouched. They pulled a knife out of my bedside table but left it on the bed.2 They looked through some of my wife’s jewelry but don’t seem to have taken any. They also passed up our other car, the keys for which were in a side table that they definitely looked through.

From what the officer who came to the house suggested, it was likely (or at least highly probable) that whoever did it was looking for cash and/or guns. If that’s the case, boy, did they pick the wrong house.

But that assessment makes sense to me, especially given where they seemed to have looked – mostly closets and cabinets… probably the usual places you’d think to store a gun. They didn’t touch my son’s room. They seem to have ignored the built in shelves full of books.

The only thing we can’t find is the Brita pitcher that was in our refrigerator.3 It’s hard to imagine that they stole it but it’s not anywhere else in our house so that’s the only assumption we have left. Maybe they were just thirsty?4 It’s almost comical, in a way.

Apparently we weren’t the only house that was hit. Someone posted in our neighborhood group in the Nextdoor app that they had seen two or three teenage-looking kids in someone’s garage on Sunday morning and that that neighbor had subsequently noticed some power tools missing. Someone else said it looked like someone had tried to enter their house through a window.

It’s weird… you always hear about people who have had their house broken into and the feeling they have is generally one of deep unease that someone was in their house. I have a little of that but I’m mostly just grateful that nothing seems to have been stolen.5 I am also beyond thankful that we weren’t home or that nothing happened to my wife or son.

If anything, I’m just irritated that I have to get someone out to fix the door that they kicked in.

Though, if I’m honest, I’m also a little nervous about going out of town for the weekend, which we were planning on doing in a few weeks. On the other hand, if someone is going to break into our house again, I’d much prefer it be when we’re out of town rather than when it’d be possible for us to walk in on them. That’s really what’s bothered me the most, in hindsight… what would I have done if we’d gotten home and they were still in the house? Hopefully not something stupid, but you never know.

Interestingly enough, this is the second time my house in Starkville has been broken into. When I called my mom to tell her about the incident, she told me that we had had a break in when we lived here when I was in high school. Apparently, my dad had left for work when it was still dark early one morning and she came out of her bedroom a short while later to see a flashlight beam in the kitchen area. She said the only thing she could think of to do was go in to her bathroom and brush her teeth. When she came back out, whoever had been in the house was gone – it’s likely they heard her moving about and made a break for it. I either didn’t know that it had happened or had so completely forgotten that it’s like I never knew.

I don’t really have any Grand Takeaway or Important Conclusion to glean from all this. I’d say “lock your doors” but our doors were locked. Don’t go to church and then run errands? That doesn’t seem like the way to go, either. Maybe something like… if you have valuables, hide them in your kid’s room because would-be thieves aren’t as likely to look in there?

I guess I’m just writing about all this as a way to help mentally process what happened. Beyond dropping hundreds or thousands of dollars on cameras or some other security system, there’s not really a lot you can do. You have to keep living your life. You can’t stay home forever.6 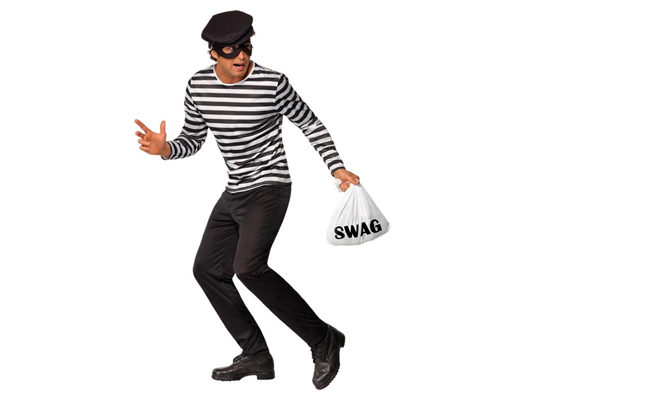 As I was working on this post at lunch time on Monday, someone posted an update in the Nextdoor app, part of which is below:

Last night about 8 pm I was coming home and saw a young man walking near the creek on Bridle Path talking on a cell phone. Parked at my house and went back to watch him. Saw him and a buddy come out of the ditch carrying a chainsaw and a weed eater. Shone a strong flashlight, hollered at them, and gave chase. They dropped the equipment, had too much of a head start, and got out of sight. Went back to my house, got in my truck and drove slowly with lights off. Caught them again at Jackson Street. Turned on my lights and they sprinted across the street behind a vacant bldg. I raced up the drive squealing tires, hollering, and making as much racket as possible. They vaulted the fence and were gone. Police were called and we found all of the missing equipment in the culvert that runs under the road.

No word on whether they found our missing Brita pitcher, but fingers crossed.

1- My roommates and I once drunkenly walked home through Audubon Park at something north of 3 a.m. When we later recounted that story to people at work, they were generally aghast and amazed that we made it home unscathed.

2 – This isn’t it exactly but it’s a reasonable facsimile, to give you an idea of what I’m talking about. It’s not worth a lot, certainly less than $100, but if I had broken into someone’s house and saw that, I would have probably snatched it.

3 – This also isn’t it exactly but it is also a reasonable facsimile, to give you an idea of what I’m talking about. It’s not worth a lot, certainly less than $25, but if I had broken into someone’s house and saw that, I definitely would not have snatched it.

4 – Apparently “thirsty” has some slang connotation these days. I don’t know what it means or how you’d use it in any other context but I use it here in the traditional sense to mean that whoever had broken into our house was probably just in need of liquid refreshment.

5 – Well, again, seemingly nothing apart from just the Brita pitcher. Jokes on them, though… it was kind of old and raggedy anyway. We’d talked about replacing it.

6 – Though, as someone with strong introvert tendencies, staying home forever doesn’t sound half bad.