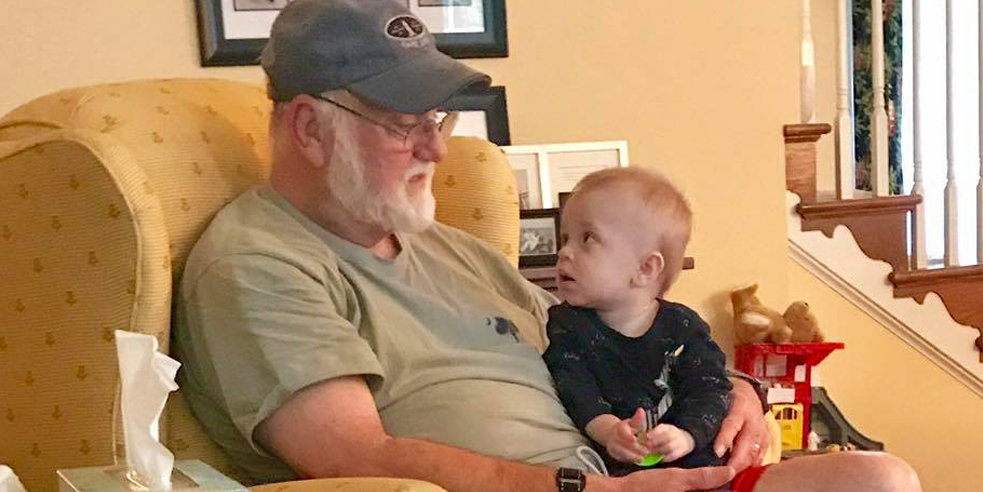 It’s not quite all patrilineal, though, because my great-great-grandfather, as I know I’ve said before, married Margaret Yeiser Allison. Same last name but no relation. Her father – not his –  was the first George Samuel Allison.

My wife and I are putting together a “George’s First Year” book for my son and there’s a page that talks about the family name, complete with pictures of my dad and my great-grandfather. It seemed like a shame not to have all four Georges included so, with a complete roll of the dice, I reached out to the Filson Historical Society to see if they had a picture of the original George Samuel.

My afore-mentioned great-great-grandfather, Young Ewing Allison II, was a relatively well-known writer, editor and journalist at the turn of the last century and, after his death, many of his letters, writings and bits of family history were donated to the Filson. In that collection was a folder of photos and one was of George Samuel Allison, Young’s father-in-law.

It’s especially exciting because my grandparents’ house burned down in the late 1960s and they apparently lost all of the family photos – and as my grandfather was an only child, he essentially had all of them.

But, thanks to the Filson, I’ve been able to recapture at least this one photographic record of my family.