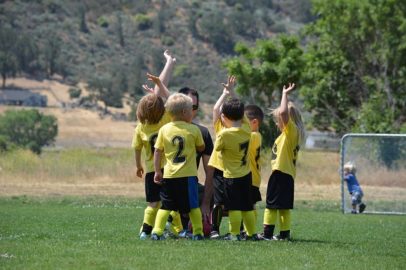 This particular set of links has basically been an entire summer in the making. And only because I’ve been pretty busy at work and have just been adding interesting links to a draft document as I run across them. But now, I’ve changed the blog to a new template that is built on WordPress’ new Gutenberg framework and I’m curious to see how it will work and what its capabilities are.

Which also means, like with my other site redesigns, older posts may look a bit wonky. But I guess that’s the risk you take when you change things up.

Also, this post was getting really long. It’s long past time to get it, uh, posted. So, here is a special Tuesday edition of the Friday free-for-all.

Why I’ll never cheer for my son
Need to file this one away for when my boys are older.

How TV gave us the classic soccer ball
I think I knew some of this but I still thought it was fascinating. It was probably more fascinating when the World Cup was still on, but what can you do.

How to make the Federal Reserve the people’s bank
This sounds like a great idea. Which means it’ll never happen.

The results of ditching an 8-hour workday are “breathtaking,” according to one boss
This, also, sounds like a great idea. Which also means it’ll never happen.

Homer Odyssey: Oldest extract discovered on clay tablet
When I posted this link into my original draft document, the only note I left myself said “O Brother, Where Art Thou.” Which, of course, is based on the Odyssey. But I have no idea what humorous comment (I’m assuming it was going to be humorous) I had planned to make.

When a stranger decides to destroy your life
I’ve shared this on Facebook already but this article is well and truly terrifying. And a perfect example of why I try to only comment on posts made by friends and not comment on posts by organizations/entities that have a large, widespread public following.

How an ex-cop rigged McDonald’s Monopoly game and stole millions
This is both crazy and not at all surprising.

The reality of the ‘good guy with a gun’
The key take away from this article: Out of 160 shootings that the FBI examined, only seven were stopped by someone with a gun. More – 21 – were stopped by unarmed citizens.