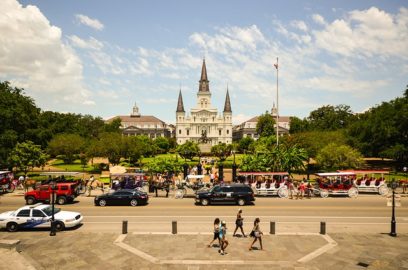 I really don’t want to get stuck in a “just post links every few weeks” rut but I’m erring on the side of posting something is better than posting nothing. That may not necessarily be true but it’s where we find ourselves. So, without further ado, here are some stories/articles that I’ve found interesting lately.

I’ll never not post stories about human migration. I find it fascinating.

Did Bienville make the best decision? New Orleans almost was located in Mobile or Manchac

300 years later, this is an interesting take on the options available to Bienville when he was trying to establish France’s headquarters in the New World.

More on Bienville the man, by my friend Sally Asher.

Really good profile on the first American since Bobby Fischer in 1972 to qualify to play for the world chess championship. Written by another friend, Benjamin Hochman.

These 1923 Copyrighted Works Enter the Public Domain in 2019

Nice to see things moving into the public domain again.

Tabasco Sauce Is in a Battle For Its Very Survival

One day years ago, I played hooky from work and went and toured the Tabasco plant with some friends. I don’t even like Tabasco Sauce but it was great. Hope it manages to stick around.

Maybe there’s hope for the future after all.

Really fascinating story. Just sucked me right in. Found this one on my friend Weldon’s site de.trit.us.

Can you say… hero?

This article was originally written 20 years ago but it’s a wonderful reminder of what great man Fred Rogers was. We need more people like him. Also found it on de.trit.us.

On a related note, apparently a documentary about Mister Rogers will be out this summer. It’s definitely on my Must Watch list.